As a military Brat I hated this phrase. It usually meant my dad could not take leave or come home. It still means that. It also means short notice deployments or assignments all over the earth. As we learn to roll with the flow and the service needs there are times when it can really sting. But remember they took an oath of service –a promise to do their duty even if it gets in our way.

So Mom to Mom I need to tell you to grin and bear it. Ok you don’t have to grin but you do have to bear it. Those empty chairs at the Thanksgiving table are just one of the many sacrifices we make as a family to support our service members. My advice is to not make it any harder on your children than it already is. Grumbling about it not being fair is best done in private. I recommend a hot bath while you do it –at least you will feel better afterwards.

Look for the joy even if it is really hard. Remember how proud you are of their choice to serve, even when it is difficult. Save your pennies so you can visit where they are. As I wrote in Be Safe, Love Mom embrace Semper Gumby-always flexible. Holidays are not a day on the calendar-it’s when you can be together.

And when it is all too much and you want the needs of the Momma to reign supreme-find another Military Mom to be your Battle Buddy. Remember you need to Be Brave and Be Strong. I love the story of the 300. Here it is in my son’s words in a Veteran’s Day message:

“Thank your veteran’s today, and I, as well as every other veteran will humbly appreciate your thanks, but please, thank our families on the 364 other days of the year, because they are the ones that allow us to do what we do, and truly are the strength of our country. Below is something I’ve shamelessly taken from Steven Pressfield, author of Gates of Fire recounting the story of the Spartans at Thermopylae, and while it’s not necessarily historical fact, I think it could easily have been spoken 2300 years ago as easily as it could be said today:

“Leonidas picked the men he did, he explains, not for their warrior prowess as individuals or collectively. He could as easily have selected 300 others, or twenty groups of 300 others, and they all would have fought bravely and to the death. That was what Spartans were raised to do. Such an act was the apex, to them, of warrior honor.

“But the king didn’t pick his 300 champions for that quality. He picked them instead, he says, for the courage of their women. He chose these specific warriors for the strength of their wives and mothers to bear up under their loss.

“Leonidas knew that to defend Thermopylae was certain death. No force could stand against the overwhelming numbers of the Persian invaders. Leonidas also knew that ultimate victory would be brought about (if indeed it could be brought about) in subsequent battles, fought not by this initial band of defend.

“What would inspire these latter warriors? What would steel their will to resist—and prevent them from offering the tokens of surrender that the Persian king ers but by the united armies of the Greek city-states in the coming months and years. demanded of them?

“Leonidas knew that the 300 Spartans would die. The bigger question was how would Sparta herself react to their deaths? If Sparta fell apart, all of Greece would collapse with her. But who would the Spartans themselves look to in the decisive hour? They would look to the women—to the wives and mothers of the fallen.

“If these women gave way, if they fell to weeping and despair, then all the women of Sparta would give way too. Sparta herself would buckle and, with her, all of Greece.

“But the Spartan women didn’t break, and they didn’t give way. The year after Thermopylae, the Greek fleet and army threw back the Persian multitudes at Salamis and Plataea. The West survived then, in no small measure because of her women.”
Xerxes 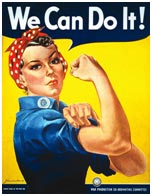 Let’s be Spartan Warrior Moms-Brave and Strong-not matter what the challenges ahead or the needs of the service. We can do it.