You know those moments, when everything is fine and then an emotional tsunami hits you with a fury out of nowhere. Maybe you might be missing your son or daughter or it might be deeper sadness that erupts to the surface…

I was minding my own business looking at YouTube videos to share and the next thing I know I am sobbing-deep, gulping, nose draining, ugly gut wrenching sobs. My husband came running in and all I could do was gasp out , ” JP.” He left with a knowing nod of the head.

JP was a student of mine the year I taught in Kabul. He and his family were from South Africa and they ran an NGO for Afghan school children. He was in 8th grade that year. If you are a teacher you will know JP’s type-an exuberant, happy go lucky student with a passion for aviation. Once he found out my husband was a pilot it was over. I finally had to tell him he could not longer use aviation as topics for speeches in our Speech Class. “Diversity JP-life is more than flying! ” I would intone!

He had grown up in Afghanistan and was impervious to it’s dangers. I, on the other hand, grew weary of the constant stress. Weekly trips to the Chapel at Camp Eggers would frequently include a display of a helmet,boots and rifle as a  reminder of military casualties of the week. The grocery store where I had shopped two days prior was attacked by a suicide bomber and an entire family-a promising young lawyer, her husband and two young children were gone in an instant. I had just roamed those aisles picking up my beloved Cadbury bars and peanut butter.  Then when the Safi Landmark Hotel was attacked where my husband’s crew had their layovers, I spent a surreal afternoon on the phone  with a flight attendant. They were all barricaded in the second floor bathroom while attackers fought on the ground floor below. I talked to her, keeping her calm while my husband coordinated the rescue efforts, and I could finally tell her when it was safe to open the door.

In this strange contrast JP still rode his bike back and forth to school, navigating the back streets and alleys with ease. I moved back to the US  and he continued on with high school making plans to attend college to be a pilot, of course. Things were getting much worse. My best friend Jan’s husband, a doctor, was murdered at the Cure Hospital in April of 2014. But JP’s family continued their work helping families.

When Jan called me last December I thought she was just checking in. I was in the Phoenix airport trying to get back home and surrounded by the hubbub of a busy airport. So when she first told me the news it did not register. A Taliban attack; three dead; did I know them? Wait. It was JP, his 14 year old sister and his father. Their mother, a doctor, had been at her clinic. I found myself in a bathroom convulsing with sobs, grieving once again for a country torn apart, families torn apart, like so many military families dealing with terrible loss.

When I was asked to go to the DNC, I went knowing there would be people who would not understand. I went because I wanted America to see the face of an American mother who stands behind her children like thousands of other mothers and loved ones. I went because I know there are many who are carrying heavy burdens. I went because I know there are many who have served who are dealing with much more grief than I am-more than we can even imagine. We see the cost of that. We see veterans suffering with PTSD, families sharing those burdens, and a suicide rate of 22 fallen a day. I went because I want Americans everywhere to know that we need to support our service members where ever they are sent, and that we all need to be ready to do whatever it takes to support our military for the rest of their lives-because grief lasts a long time and wounds can be seen or unseen.

I tell mommas to be brave and to be strong. Because we don’t know where our children may be called to serve or what challenges they may face. We need to be ready to advocate for what ever they need to help them recover, recuperate, and be ready for a beautiful future.

As for me, I know that tears are healing so I let them flow. And I know that there is a guardian angel strapping in with my boys ever time they take off. JP, I am counting on you to be a good back seater. 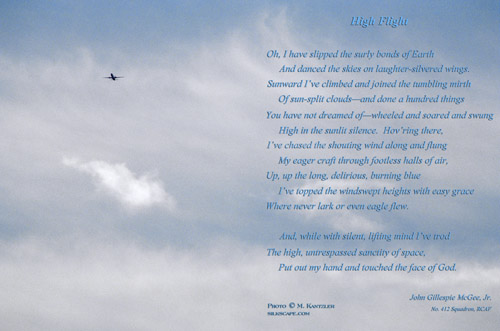