I was up the other night watching a late night comedy talk show. I was surprised as one of the guests launched into a very serious subject-the need for peace. As a military mom and brat my ears perked up. No one recognizes the need for an end to war more than me. I lived through years of war-not just in this century but as a child.

I was eager to hear his solution.

“ Just everyone put their guns down and stop going to war.”

“No one should ever pick up a gun and go to war. Until that stops we will never have peace. “

Now I was getting ticked off. So the problem with peace begins with the warriors? I wanted to jump through the TV screen and teach him the big picture.

You see the problem with war comes down to the hearts of men. We have good guys and we have bad guys. Bad guys want what every one else has-money, land, human dignity. And until those bad guys stop crossing boundaries and get rid of greed and power lust we will always have war.

Ask anyone who has ever watched small children on a playground. War breaks out like firecrackers all over the place. Unless parents teach and enforce the higher values of sharing and respect it is chaos. And so it goes in the world. The peace that we long for has to be taught and protected.

My year in Afghanistan was eye opening. I witnessed the depths of human misery where women and children were not valued as people. I saw the chaos that war brings with displaced villages and suffering. Babies were dying by freezing to death. Daughters were routinely sold to marriage at young ages to provide food for the rest of the family. Yet in the midst of all of that there were people who were struggling to be educated, to make a better life for their families, and to bring security to their nation. And of course there were the bad guys trying to stop all of it. Their methods of indiscriminate bombing, and random acts of terror were designed to do what bad guys do-to take away anything they could, including basic human dignity and the right to live in peace.

How do we get to a place of world peace? The Bible tells us wars will be with us always. I do know that when we step out in faith to teach and to protect those who are less fortunate we move toward peace. We must fight against the evil forces in this world who seek to oppress and destroy. And sometimes that means we must take up weapons to provide a defense for the vulnerable in the world.

That is why I am so proud of our sons and daughters. It would be easier to stay home, especially during holiday times like these, and focus on their own privileged world where we normally do not fear attack. They have chosen to be a force for good-to be a guardian for freedom that shines throughout our world.

Over two thousand years ago a star shone spreading the news that the Light of the world had come to this earth. The easiest path would have been for all men to see the truth and realize what that evil had been vanquished. But God gave men free will. And even the Son of God had to flee from evil men and hide as a refugee in Egypt.

The battle between good and evil reigns. And as much as I would like for everyone to drop their guns and go home world peace is just not that easy. So as we approach another Christmas I pray for all who are protecting that peace, and those of us at home who are missing them so very much.

Blessings to you all from my house to yours. 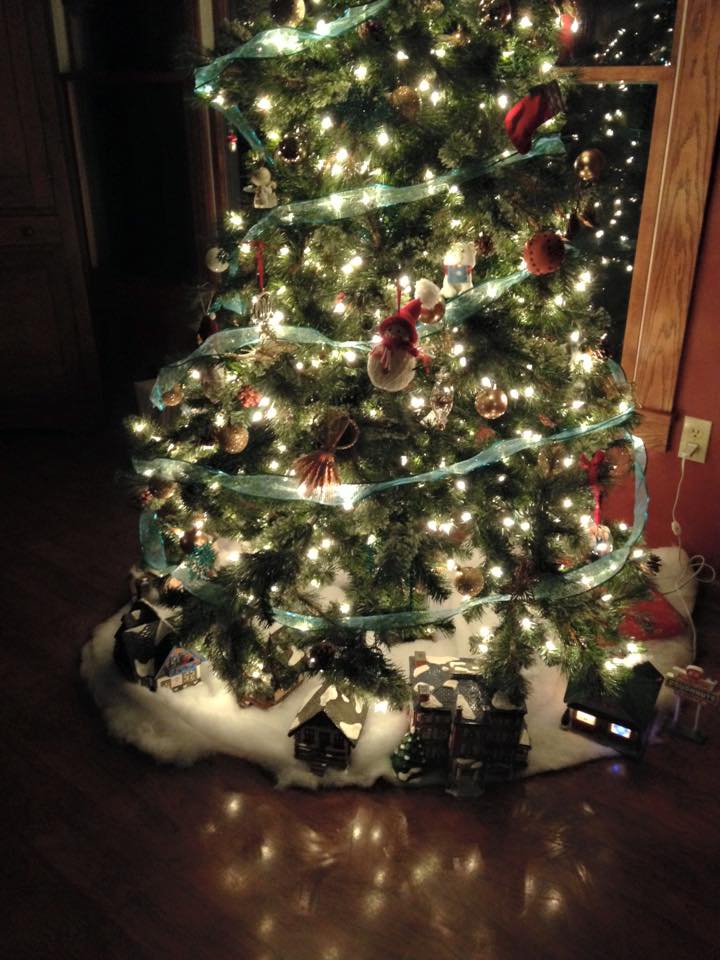