It was just an ordinary day. I was doing all the catch up things you do when you have been away for the weekend. It had been  a great weekend  I had been to my first Navy football game and watched my son march on as a Plebe.  The fanfares, the flags, the football-it was pure American and I was so very proud.

But reality hit as I returned home to a very sick kid and tons of errands to do. I realized I needed to get him to the doctor and so early in the morning we headed to our family doctor of twenty years. My husband, an airline pilot , would meet us there on his way home.

I will never forget our doctor’s face as he called us in to the room. “Where’s Courtney (my husband)?” he asked urgently. ” He’s on his way here. Why do you ask? ” He silently turned on the television in the examining room where we began to watch in disbelief. Time stood still as I held a child in a feverish stupor in my arms.

Those of us who witnessed it can all remember the horror of that moment. But I could not grasp what was to come. In the immediate moments of the attack I was stunned. When word came that the Pentagon was hit my mother mind went into overload. What was next? Is this a full onset attack? What about the Naval Academy? What about my son?!

Now looking back those immediate fears seem somewhat misguided. I had no way of knowing how they would become the fears of mothers everywhere as we began a War on Terror that is ongoing today. Fifteen years of war. I was middle aged with one barely out of the nest. Now I am a grandmother of 6. My son who entered the Naval Academy in a time of peace is now a Marine Major with five deployments. And the rest of my children all answered the call to military service because of 9/11. They have now collectively served 12 deployments and the list of fallen warriors we count as friends numbers in the dozens.

My husband’s airline went bankrupt, he flew for an Afghan airline to recoup his lost pension, I went to Kabul to teach. Nothing was ordinary anymore. Day after day, my children put on their uniforms in their service to their country at war. I had no way of knowing that those moments on a September morning would change the trajectory of my family.

I worry that so many seem oblivious to the sacrifices of the fallen, the fighting, and the families. It’s not over. 9/11 is a time to remember, to honor those who were lost, and remember that the same battle is still going on. Those who were too young to remember must be taught that there was a day that seemed like an ordinary day when our nation was attacked. And just like Pearl Harbor it was a day of infamy.

Patriots’ Day-it’s a day to remember not only the horrors of war but to appreciate every American who stands up for the United States whether running into burning towers, or moving onto battlefields or standing strong on the homefront. Because we are anything but ordinary. We are Americans. We won’t forget. 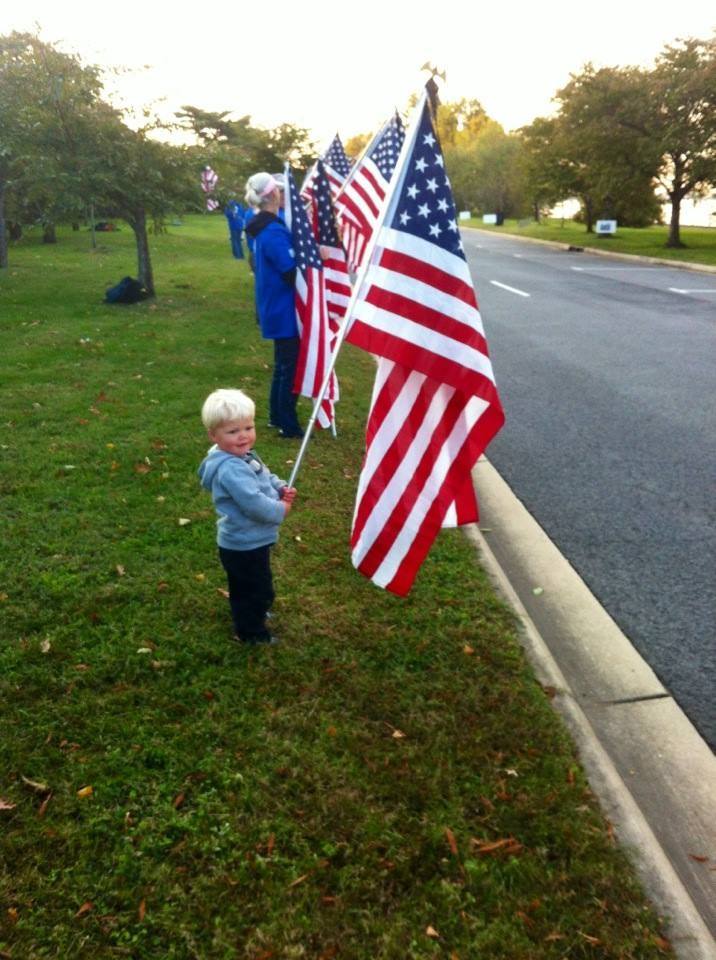