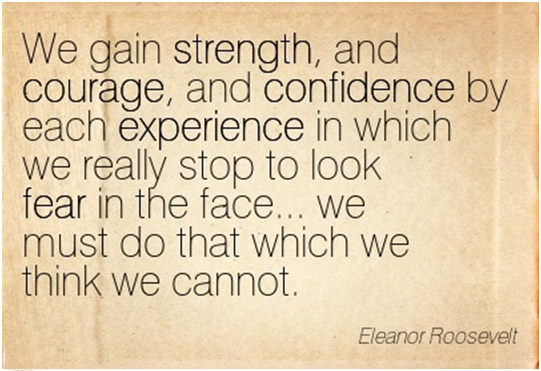 Until I watched the PBS special “The Roosevelts” I never thought of Eleanor Roosevelt, wife of President Franklin D. Roosevelt as a military mom. But in addition to her role as First lady during the Depression and World War II she was a mom to four sons who saw combat. I like to think that fear she was facing was the one we face when our children are in harms’ way. Be strong Mommas!